Incentive For Employers To Provide Bursaries – No Effective Date Of Implementation: 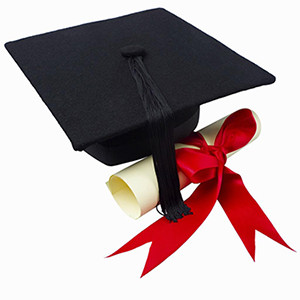 “To support skills development, government proposes to increase the fringe benefit tax exemption thresholds for bursaries provided to employees or their relatives. The income eligibility threshold for employees to access the relief will be increased from R250 000 to R400 000. The value of qualifying bursaries will be increased from R10 000 to R15 000 for National Qualifications Framework levels 1 to 4, and from R30 000 to R40 000 for levels 5 to 10.”The bulk of the proposals made in Minister Gordan’s budget speech have been “ratified” in the relative legislation. The legislation does not contain any amendments to the exemption relative to the fringe benefit tax exemption thresholds for bursaries. As such, the proposal is not dealt with in the legislation on the table and can therefore only be dealt with the Taxation Laws Amendment Bill that will be released probably in September or October this year. In this Bill SARS/ National Treasury can decide on the effective date, probably 1 March 2017 or they can potentially backdate to 1 March 2016. There is also the third possibility that they might drop the proposal and not legislate it.

Accordingly, the existing thresholds remain in force until such time as the proposals are given effect by the appropriate legislation. We will keep you informed of any developments in this regard.

In his recent budget speech Minister Gordhan made the following proposal:

“An important role of the tax system is to reduce inequality. Some taxpayers use trusts to avoid paying estate duty and donations tax. For example, if the founder of a trust sells his or her assets to the trust, and grants the trust an interest-free loan as payment, donations tax is not triggered and the assets are not included in his or her estate at death. To limit taxpayers’ ability to transfer wealth without being taxed, government proposes to ensure that the assets transferred through a loan to a trust are included in the estate of the founder at death, and to categorise interest-free loans to trusts as donations. Further measures to limit the use of discretionary trusts for income-splitting and other tax benefits will also be considered.”

There are a number of concerns around this proposal, primarily in that we cannot see how the assets can be included in the founder’s or even the donor’s estate as they could possibly have long predeceased the effective date of legislation. In all probability this should be the “lenders estate”. The entire proposal requires careful consideration and we will keep you informed with updates.

Barclays Gets ‘Out of Africa’: 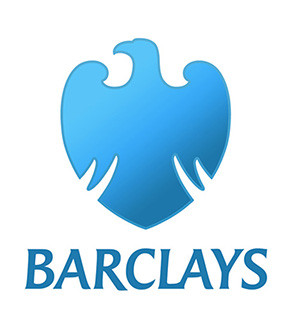 Barclays Plc will be reducing its 62.3% holding in JSE-listed Barclays Africa Group to a non-controlling stake of less than 20% over the next two to three years.

Barclays has been operating in Africa for around a century and so this announcement has set alarm bells ringing.  Rating agencies Standard & Poor’s (S&P) and Fitch have both reacted by downgrading the credit rating of Barclays Africa, further shaking investor confidence in the continent.

Barclays Chief Executive Officer, Jes Staley, emphasised that this decision resulted from regulatory pressures, including the level of capital Barclays Plc is required to hold in respect of their shareholding in Barclays Africa.  With little control over Barclays Africa’s liquidity risks, Barclays Africa is considered a high risk for the parent company.

Maria Ramos, CEO of Barclays Africa, said the group was in safe hands and that it would continue with African expansion plans.

Following a drastic drop in group profits, Barclays Plc is being radically restructured to focus on two core divisions – Barclays UK and Barclays Corporate & International.  Barclays, together with several other banks, is recovering from heavy penalties imposed for activities such as illegal forex trading and involvement in rigging the key London inter-bank rate (Libor).  These activities have led to stricter and costly regulatory reforms which are impacting on the global investment climate.

It is important to note that Barclays restructuring is not just aimed at Africa: in January 2016 Barclays announced that it was moving out of Russia and closing offices across Asia.

The Barclays sell-off is not necessarily a reflection on Africa, but this announcement does not send a positive message for investment on the continent. 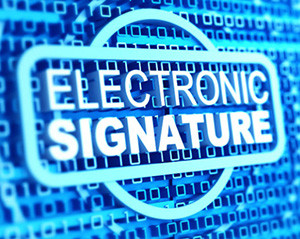 One of the final barriers to the paperless office is the ‘electronic signature’.

According to the Electronic Communications and Transactions (ECT) Act of 2012, an electronic signature is a piece of data attached to an electronically transmitted document as verification of the sender’s identity and his or her intent to sign the document.

The ECT Act recognises a variety of digital formats as an ‘electronic signature’ as long as they comply with the criteria of intention and relationship to the document.

Generally speaking, there are 2 main categories of electronic signature:

Digitally signed documents are therefore more reliable than old fashioned physical signatures where it is more difficult to identify authenticity of signatures or document tampering.