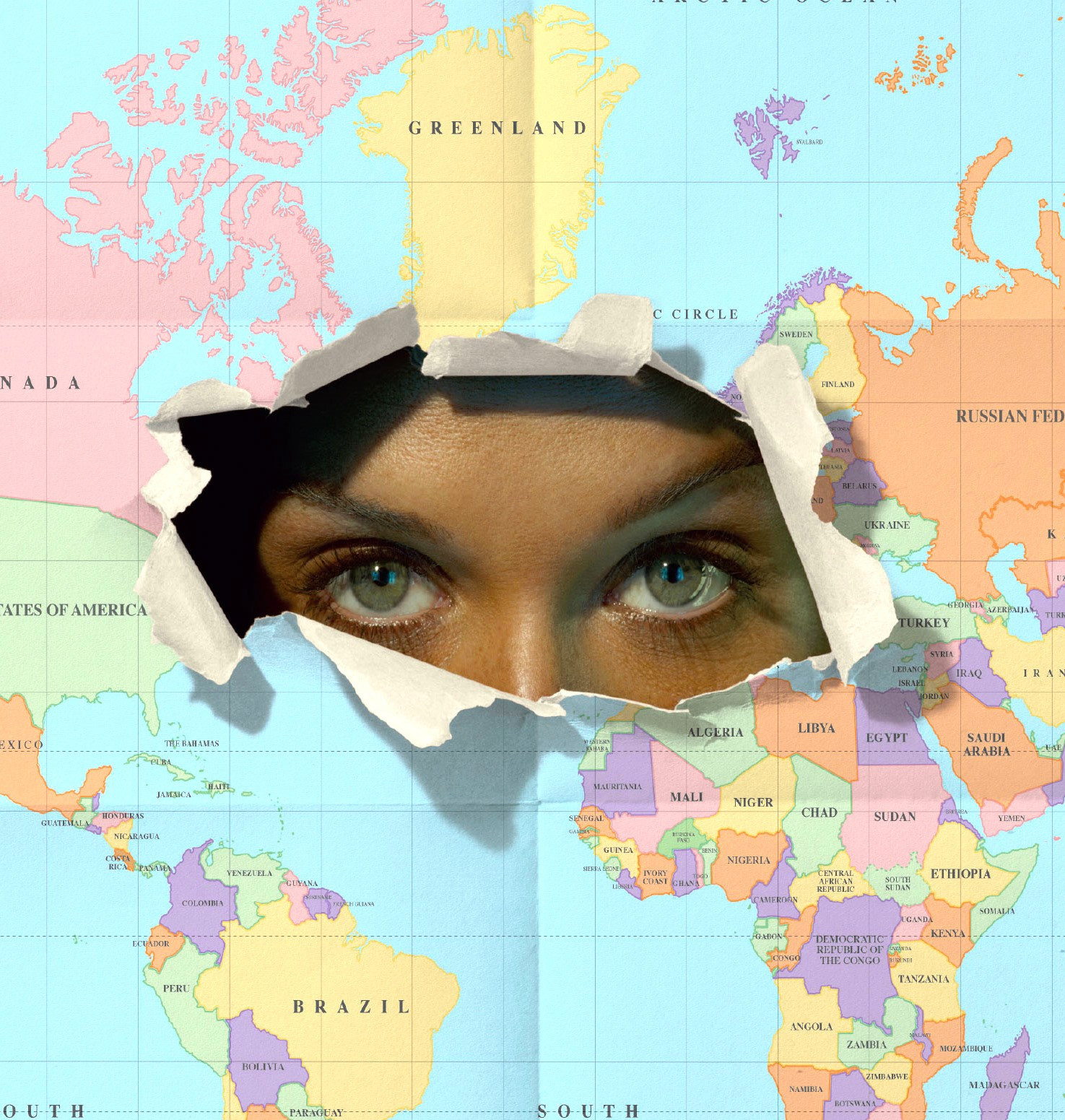 In terms of the new global standard for the automatic exchange of information between tax authorities, the South African Revenue Service (SARS) will start receiving offshore third party financial data from other tax authorities from 2017.The Special Voluntary Disclosure Programme (SVDP) gives non-compliant taxpayers the opportunity to voluntarily disclose offshore assets and income.

The initial draft bills were published for public comment earlier this year.  Following public comments received and a consultation meeting held with taxpayers and tax advisors in June 2016, the SVDP has been simplified.

Instead of calculating two different amounts (i.e. seed capital and investment returns) to be included in the taxpayer’s taxable income, the calculation will now consist of one amount. This amount equals fifty per cent of the highest value of the aggregate of all assets situated outside South Africa between 1 March 2010 and 28 February 2015 that were derived from undeclared income. This amount will be included in taxable income and will be subject to tax in South Africa.

The value referred to above is the market value determined in the relevant foreign currency translated to South African Rand at the spot rate at the end of the tax period in which the highest value fell.

Taxpayers who disposed of any foreign held assets prior to 1 March 2010 may also apply for relief under the SVDP.  Special deeming provisions will apply in this regard.

The SVDP will run at the same time as the permanent Voluntary Disclosure Programme (VDP) of SARS and will be open for applications from 1 October 2016 until 31 March 2017.

Failure to disclose offshore income and assets will have dire consequences, including fines and criminal prosecution. 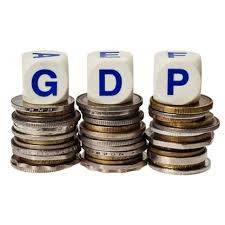 Gross Domestic Product (GDP) is one of the most important of all economic statistics because it reflects the state of the economy in a single figure.

If the GDP measure is up on the previous three months, the economy is growing. If it is negative, the economy is contracting.  Two consecutive three-month periods of contraction generally indicate that an economy is in recession.

South Africa recorded a negative growth rate of -1.2% in the first quarter of 2016, according to the latest figures released by Statistics South Africa.

The sharp contraction in mining is largely responsible for pushing economic growth into negative territory. Interestingly, if mining is excluded from the picture and non-mining growth is measured, the economy would actually have experienced growth of 0,5%.

Another reason for negative growth is the serious impact of adverse weather conditions on agricultural production, which has fallen by 14% since the fourth quarter of 2014.

The strongest performers in the first quarter were finance, real estate and business services, which increased by 1.9%.

For the first time since the 1940s, the calculation of GDP figures now falls entirely under the control of Statistics South Africa.  Previously, the Reserve Bank was responsible for the expenditure side of the GDP figures, while Stats SA analysed the production figures.

Stats SA previously only published GDP production (GDPp) figures, a measure of the supply side of the economy (the extent to which industries drive economic output by producing goods and services).   GDPp continues to be the headline growth rate.

The most recent GDP statistical release from Stats SA also included data on expenditure on gross domestic product (GDPe).  GDPe is a measure of the demand side of the economy, the amount of money that is used to buy the goods and services that are produced. GDPe includes data on household and government spending, capital investment, and exports (minus imports).

Expenditure on GDP contracted by an 0.7 % in the first quarter.

Economists predict that South Africa’s economy will continue to struggle through 2016, but that it is expected to expand by 1% in 2017.  Time will tell… 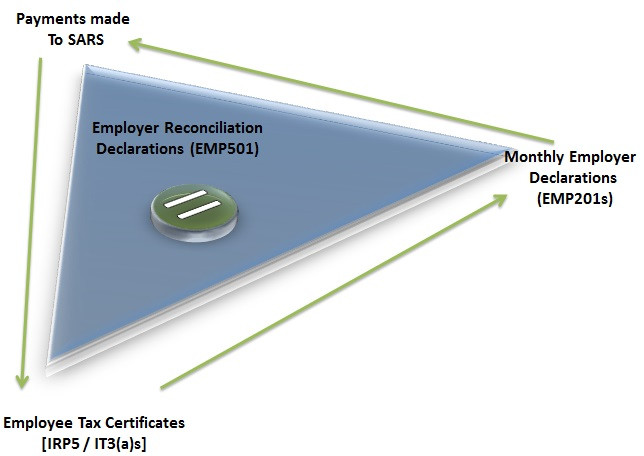 The interim reconciliation covers the six-month transaction period 1 March to 31 August 2016 and must be submitted to SARS between 1 September and 31 October 2016.

The EMP501 is important as it is a means of confirming or correcting the payroll tax amounts which have been declared on the Monthly Employer Declaration (EMP201).

SARS has requested that employers accurately verify and update each employee’s personal and financial details before submitting the EMP501 and employees’ Income Tax Certificates. Incorrect information means that tax certificates have to be re-submitted to SARS, a time consuming process.
Tax certificates must be issued to employees at the end of each tax year, but this is not a requirement at mid-year.

The following legislative and system changes relating to the 2016 Employer Interim Reconciliation should be noted:

As from the 19th of August 2016, employers who are subject to an audit can now view the audit letters on the SARS website: eFiling and e@syFile.  Employers can now also upload supporting documents in response to the audit letters or submit a request for correction of the EMP201 or EMP501.

Copies of all declarations submitted together with any supporting documentation must be kept for five years.

The Importance of Delegation: 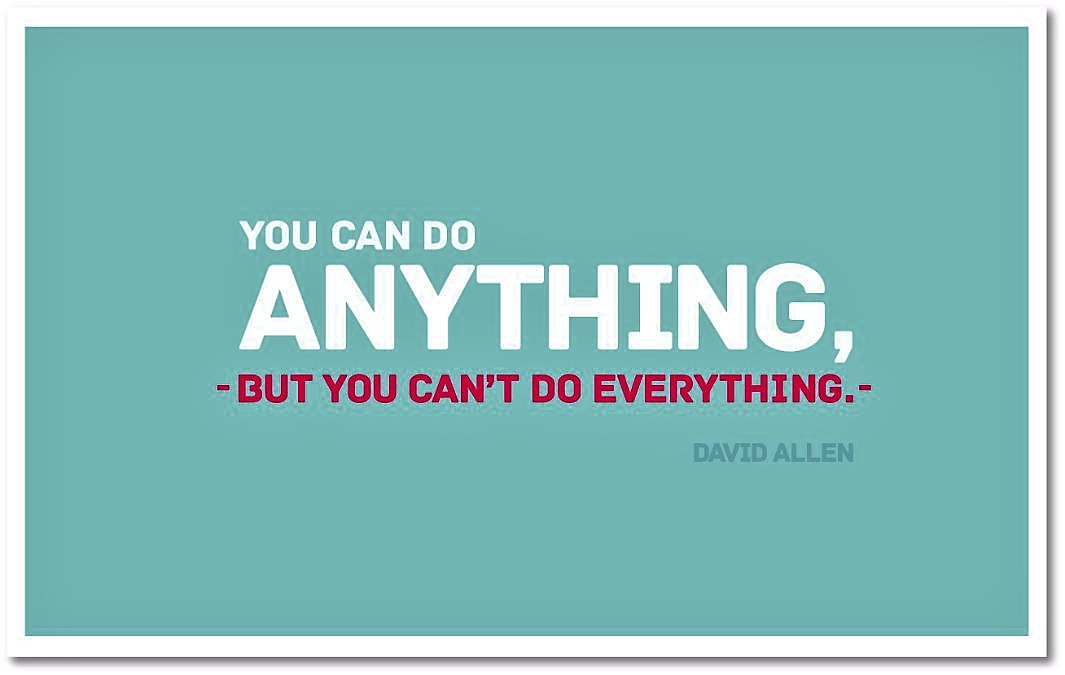 Almost every business owner has too much to do and too little time. By delegating effectively, you can take some of the weight off your shoulders, and at the same time empower your employees to use their initiative, to make decisions, to be pro-active, and to stay motivated.

Although there may be an initial learning curve, the long-term benefits of delegating will far outweigh any short term setbacks.

Steps of successful delegation include:

As the ‘driver’ of your business, you need to be able to pass on the credit for success and deal with the consequences of failure.

Delegation is one of the most difficult things to do because it involves giving up control over certain parts of your business to others.

While it is very seldom that others will perform the task as well as yourself, delegation is essential as your business grows.  It is the only way that you can free yourself up to properly manage your business, and allow yourself time to focus on planning for continued growth and success.