Update on the Twin Peaks Bill 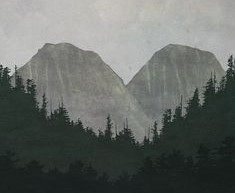 The Competition Commission recently referred three South African banks and several foreign-owned banks to the Competition Tribunal because of their alleged involvement in price-fixing.These banks are accused by the Competition Commission of manipulating the price of the Rand when selling and buying Dollars.  Price-fixing was conducted by creating fictitious orders to buy and sell South African Rand (ZAR), thereby changing the supply of currency.  There was also alleged collusion between banks to co-ordinate the times for selling currency, as well as the manipulation of prices by periodically suspending the sale of ZAR.

Not only does this scandal put good corporate citizenship in the spotlight, but it also highlights the need for more effective regulation in the Financial Sector.  It is hoped that the long-awaited Financial Sector Regulation Bill (also known as the Twin Peaks Bill) will introduce a new era of market conduct regulation for retail banks, thereby enabling the forthcoming market conduct regulator to impose stricter standards on banks in the same way it does with insurers.

The Twin Peaks Bill is currently before the National Council of Provinces (NCOP) in Parliament, and has already been passed by the National Assembly.  It expected to come into effect towards the middle of this year.

The Twin Peaks model of financial sector regulation recommends the creation of a prudential regulator, the Prudential Authority, to be housed in the South African Reserve Bank (SARB), while the FSB will be transformed into a dedicated market conduct regulator, the Financial Sector Conduct Authority.

The implementation of the Twin Peaks model in South Africa has two fundamental objectives:

The global obesity epidemic is a major concern for governments. The World Health Organisation (WHO) recently reported that a price increase of 20% or more will lower sugar consumption from soft drinks, thereby helping to reduce the occurrence of obesity, diabetes and tooth decay.

Increasingly, fiscal measures are being introduced throughout the world to promote health, prevent disease and to raise tax revenue.  So far, South Africa is the only country in Africa to introduce a “sugar tax”.

Since publishing its initial proposals for the tax on sugary beverages in July 2016, Treasury has introduced the following changes:

Putting this into context, this means that for a 330 ml can of Coca Cola, which contains just over eight teaspoons of sugar, the first 3 teaspoons will be tax-free (4g times 3.3, which is approximately three teaspoons), and the tax rate of 2.1c/g will be applied to the remaining five teaspoons. Thus, on a 330 ml can of coke, the tax will be 45.7 cents.  If the proposed sugar tax is implemented, the price of one litre of coke will increase by R1.39.

In line with international practice, 100% pure fruit juice and milk will be exempt from sugar tax. There is ongoing debate over the negative health benefits of 100% fruit juice, and therefore sugar tax on 100% fruit juice will be considered in the future.

Finance Minister, Pravin Gordhan, announced in his Budget Speech that the sugary tax has been revised to include intrinsic and added sugars. The draft 2017 Rates and Monetary Amounts and Amendment of Revenue Laws Bill contains the draft legislation to implement the tax. It is open for public comment, to be submitted by 31 March 2017.

The proposed tax will likely be implemented in 2017, once the legislation has been finalised.

Invest South Africa One Stop Shop Gets Off the Ground

One of the initiatives to help strengthen the relationship between government and the private sector is Invest SA.  This is an initiative which aims to reduce the regulatory burden for local and foreign investors.

The Invest South Africa One Stop Shop (InvestSA OSS) has recently been launched.  Based at the Department of Trade and Industry (DTI) offices in Pretoria, this new DTI-led initiative is aimed at boosting much needed international investment in South Africa.

The programme will enable investors to use a centralised, single centre to obtain all required services and information. InvestSA OSS has been established to make it easier for investors to do business in South Africa by significantly shortening and simplifying administrative procedures and guidelines for the issuing of business approvals, permits and licences.

The DTI not only promotes trade and inward investment, but also recognises the importance of building trade and investment relations. By establishing collaborative agreements with existing trading partners and with fast-growing emerging markets, the DTI encourages exports, thus promoting much-needed global growth for the development of the South African economy.

These are just some of the ways in which the DTI promotes investment in South Africa:

To read more about these DTI incentives, go to www.dti.gov.za

Should you require further information, advice or assistance on this topic, feel free to contact our offices.

The South African commercial sector is traditionally underinsured and this gets worse during tough economic times.  Underinsurance can be very damaging, especially in the case of a serious incident where business is interrupted, or where major repairs or even the rebuilding of a property is required.

Some important components of business insurance cover to consider include:

Liability insurance – all businesses, including home-based businesses, need liability cover which offers protection in cases where you, your employees or your products or services cause, or are alleged to have caused, injury or damage to a third party.

Property insurance – if you own your building or even just the office equipment, your policy should protect against perils such as fire and floods as well as other risks such as theft and vandalism. It is important to make sure that the building and its contents are insured for their replacement value.

Commercial vehicle insurance – you can insure your business vehicles against damage, theft, hijacking and collisions. Vehicles should be insured at market replacement value.

Business interruption/loss of revenue insurance –  insurance protection of your revenue if your business is unable to operate.

Network business interruption insurance – covers the loss of income and operating expenses when your company’s business operations are interrupted or suspended due to a network security failure.

Cybercrime insurance –  insurance protection for the threat of intentional security attacks against a company by an outsider attempting to extort money, securities or other valuables. There is an increasing demand for cybercrime insurance in South Africa.

It is important to understand the risks associated with your specific business and to find a risk management solution which meets your specific insurance requirements.  The cheapest premium offered is not always the best option, so you should compare the cover, exclusions, excess and all the terms and conditions before deciding on an insurance provider.