The Davis Tax Committee was established in 2013 to review what role the tax system can play in addressing the following key issues amongst others:
In this context the following six final reports have been published:
Given the importance (and potential impact) of these issues, we will summarise the key findings of three of the reports in this newsletter.

In principle, the DTC has confirmed that a blanket free higher education (including the wealthy) is not economically financially possible. The following key issues were noted:

There are a number of models to fund higher education. The one with the largest leverage potential is a system of government-backed student loans. Given that 10% of the population own “at least 90-95% of assets”, the vast majority of South African households do not have sufficient assets or income to stand surety for their children. Thus, the financial markets play almost no role in funding higher education for the poorest 80% of students. In this context, a government-backed income-contingent loan could be a way to ensure that more/all students are not excluded on financial grounds. The key features of such a system would be:

The DTC recommends that a system of free education for the poorest students combined with a sliding scale of income-contingent government-backed loans for the missing-middle and full-fees for the wealthy is the best workable solution. It is estimated that R15 billion would be required per annum to be sourced as follows:

The budget in February 2018 promises to be very interesting indeed with all the current demands on the fiscus!

The large degree of uncertainty and lack of common understanding of how the NHI will be implemented and operate is of concern, given the magnitude of the proposed reform. At this stage a few pertinent observations can be made based on the draft NHI White Paper as well as the potential impact on taxes.

Clearly the proposed implementation of the NHI will have severe repercussions for the fiscus and accordingly requires a substantial review before implementation can be considered.

SARS is in the process of setting up processes to deal with HNWIs and the DTC has been asked for their input in this regard. Whilst the bulk of the report deals with the how and the why, we would like to detail some key points of interest.

Definition of HNWIs and why they are important to SARS 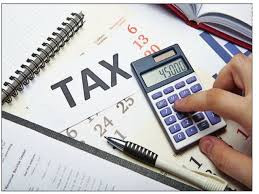 The World Wealth Report defines HNWIs as individuals with net assets exceeding US$1,000,000. According to SARS the total HNWIs on the SARS HNWI register is 37 299. To determine what would be considered to be HNWIs for tax purposes in South Africa, SARS has defined the term in more detail:

Adopting the 80:20 principle concentrating resources on identifying individuals in this category, and ensuring they are paying the right amount of tax, will undoubtedly bear fruit for tax collections. As indicated, SARS has recognised this and, in its compliance programme, launched in 2012, which included seven priority areas for compliance improvement, the first item on the list was
“Wealthy South Africans and their Trusts”.