(extract from the World economic forum’s “The Great Reset”)

The COVID-19 crisis has highlighted many ways to do business more responsibly once it recedes.

The cost of continuing with business as usual after COVID-19, without shifting investment from polluting fossil fuels to clean renewable energy, will only lead to further crises, according to a letter sent on behalf of more than 40 million health professionals to the leaders of G20 countries in May 2020. 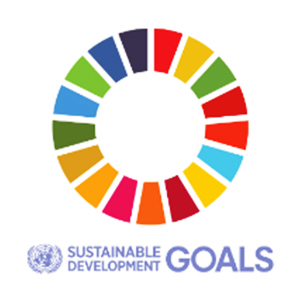 The letter asked that as governments devise massive stimulus packages in the wake of the pandemic they prioritize clean air, clean water, and a stable climate – in ways that build resilience to future health crises while at the same time creating more sustainable jobs. According to a report published by the International Renewable Energy Agency, while COVID-19 may suppress carbon dioxide emissions in 2020, a rebound would mean reverting to energy-related carbon dioxide emissions that have increased by 1% annually on average since 2010. However, an increase in investment in renewable energy now could quadruple the number of jobs in the sector by 2050, according to the report; related recovery measures following the COVID-19 crisis could include flexible power grids, electric vehicle charging, energy storage, and efficiency solutions.

In many parts of the world, the crisis magnified the potential shortcomings of current business models and supply chains. In terms of food, in particular, COVID-19 and its secondary effects exposed many people to added deprivation. In April 2020, the World Food Programme warned that unless swift action was taken to tackle the pandemic, the number of people in low and middle-income countries with livelihoods under severe threat would nearly double to 265 million from 135 million. Sub-Saharan countries such as Somalia and South Sudan imported more than 40 million tons of cereals during 2018 to plug gaps in local food production, according to the report, leaving them extremely vulnerable to price swings during a global crisis like COVID-19. Many people in the US also suffer from a lack of food security; as of 2018, 37.2 million people in the country lived in food-insecure households, according to the US Department of Agriculture. However, urban farming could be one means of addressing not just future food resilience, but also environmental and health issues in a post-pandemic world.

For the full transcript of “The Great Reset” follow this LINK.

“The decision by Fitch and Moody’s to downgrade the country further is a painful one. The downgrade will not only have immediate implications for our borrowing costs, it will also constrain our fiscal framework. There is, therefore, an urgent need for government and its social partners to work together to ensure that we keep the sanctity of the fiscal framework and implement much-needed structural economic reforms to avoid further harm to our sovereign rating.” Minister of Finance, Mr Tito Mboweni, said.

If the cost of borrowing money for government increases, it means that government will have to either cut back on social spending or increased taxes. Further downgrades will extend the impact of lockdown restrictions. These restrictions led to many workers being laid off from work since companies were temporarily closing doors and cutting back on operational costs. Continuous rating downgrades will translate to unaffordable debt costs, deteriorating asset values (such as retirement, other savings and property) and reduction in disposable income for many.

Rating downgrades associated with Covid-19 have also resulted in many small businesses closing down and laying off a number of workers. Operational costs together with borrowing costs are expected to increase, supporting the motive to pass through the costs to consumers or further laying off workers.

The recent rating outcomes means that South Africa needs to fast track growth-enhancing strategies in order to rectify the accumulation of debt and minimize the costs associated with negative sentiments.

Personal Information: Personal information” is defined very broadly in the Act, and includes a wide range of information that can be used to identify a Data Subject (the person to whom the data applies – which can be an identifiable living natural person and/or an identifiable existing juristic person or legal entity). 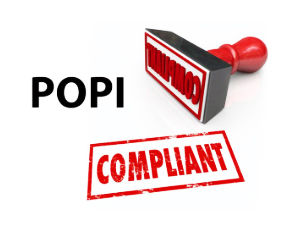 We can clarify what is meant by ‘personal information’ even further, by dividing it into categories, as follows:

Personal Data (General)
This includes information about a person’s:

The Data of Children

POPIA also specifically regulates the personal information of a child.

[A child is defined in POPIA as a natural person under 18, who is not competent to make a decision or take any action on a matter concerning him or herself without the assistance of a competent person].

The 8 Conditions for the lawful processing of personal information by or for a Responsible Party are the following:

Lawful Processing of Special Personal Information (Sensitive Data):
A Responsible Party is prohibited from processing sensitive data, unless certain additional and specific criteria, are met- which are clearly set out in clauses 27 to 33. For example, where the processing is necessary to comply with an obligation of international public law. The Information
Regulator may also grant a specific authority (for example it being in the public interest). Should such criteria be met, then the information may be processed, but also subject to the 8 Conditions listed above.

Lawful Processing of Personal Information of a Child:
The processing of the Personal Information of a Child, is also prohibited by POPIA, unless certain criteria are met, which are listed in clause 35. One such requirement is that the processing is carried out with the prior consent of a competent person. Again, should the specific criteria laid out on Section 35 be met, then the information must also be processed in accordance with the 8 Conditions listed above.

Lawful Processing of Personal Information for Direct Marketing purposes:
Section 69 states that the processing of personal information of a Data Subject for the purpose of direct marketing by means of any form of electronic communication including automatic calling machines, faxes, SMS’s or email is also prohibited unless the Data Subject has given his or her consent to the processing or is a customer of the RP (subject to certain conditions).

The Rights of Data Subjects:

Data Subjects have certain rights, and these are set out in the Act.

When must a Responsible Party obtain Prior Authorisation from the Information Regulator?

There are certain instances where a Responsible Party is required to obtain prior authorisation from the Information Regulator, before it is able to process certain information.

These instances where prior authorisation is required, are set out in more detail in Sections 57, as follows:

What is the process for obtaining this Prior Authorisation?

The Responsible Party need only obtain prior authorisation once and not each time that personal information is received or processed, except where the processing departs from that for which it was initially authorised.

What if a Responsible Party does not comply with this requirement?

The Companies and Intellectual Property Commission (CIPC), acknowledges the impact that the COVID-19 pandemic and the national lockdown, in terms of the Disaster Management Act, has had on companies and close corporations and may continue to have in the near future. With the move of South Africa to lockdown level 1 and the re-start of the economy, it is imperative that all entities re-commence with their regulatory compliance obligations. 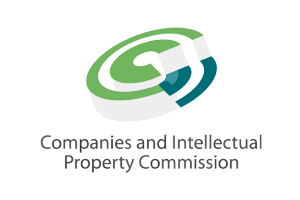 As from 1 December 2020, all companies and close corporations shall be required to comply with the provisions of the Companies Act, Act 71 of 2008 as amended and within the prescribed legal timeframes from such date – thus no further extension of legal timeframes as provided for in the below named notices will be provided. As from 1 December 2020, CIPC will enforce penalties for late filings of Annual Returns. Companies and Close Corporations that have not yet filed are encouraged to file timeously to avoid incurring penalties for late filing.